During the release of the C172SP “back-lit” version a few months ago, I mentioned that similar changes would be coming soon to the C172SP Integrated series and possibly followed by other gauges. 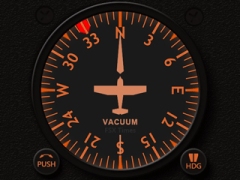 The plan was dropped because I couldn’t help thinking that the orange-tinted back-lit style used on small aircraft such as the C172SP is a bit exaggerated even though it does look good on bigger jetliners.

After months of exploring, a new black-lit style is devised again — I hope this one will last.   And this time, I will use it on the C172SP Integrated series first.  Then, the standalone version will be revamped with similar changes later. END_OF_DOCUMENT_TOKEN_TO_BE_REPLACED