Just upgraded one of my computers to Windows 11 today.  I wouldn’t say it’s perfect.  But I am impressed !

Frankly, I was a bit hesitated since I heard pros and cons from the Internet.  So before the process, I backed up my whole system just in case something goes wrong.

Despite the Apple mac-like centered taskbar and new layout designs, all programs on my computer generally start a lot faster than what they are with Windows 10.

Both MSFS and X-Plane 11 start up a lot quicker.  They run smoother with some frame-rate improvements, too.    END_OF_DOCUMENT_TOKEN_TO_BE_REPLACED

The adjustment of the artificial aircraft on the Multi-shared Attitude Indicator via the knobs on the FIP was inverted since the last few MSFS updates.

Just spotted the bug recently and have it corrected to R1r03 so as to match with the one in the virtual cockpit again.

Download Link have been sent to all users already. END_OF_DOCUMENT_TOKEN_TO_BE_REPLACED

Have been revising many of my gauges lately.  Here’s another two of them which now come with enhanced landing gear indicators.

The first is the RPM of the Just Flight PA28R Arrow III and Turbo III/IV.  The new landing gear indicators on the left now take the comprehensive Gear Unsafe & Gear N-L-R style from the aircraft, rather than the simple one used on the right in the last version released in September, which took from the M20R.

A new C152/A Engine Cluster user, Roland Duhme, just pointed out to me that the Fuel Quantity Indicators

is unclear and incorrect on the Asobo airplane, which I carried forward to my gauge.

He said there’s no C152 has 100 LBS fuel capacity so the upper scale should be in percentage but there’s not a “%” mark for it.  In addition, the fuel quantity in GAL in the lower scale for the two tanks are 14 gallons each instead of 18 as show in the cockpit.

Good point.  Even though I realized the marking a bit strange when I was developing the gauge, I just put it is what it is in the C152/A Engine. END_OF_DOCUMENT_TOKEN_TO_BE_REPLACED

In addition to some minor fixes, the B58-Style Engine Cluster for the G58 in MSFS has been updated  to R1r01, which now includes the landing gear indicator as well.

END_OF_DOCUMENT_TOKEN_TO_BE_REPLACED

To friends (including me) who have an FIP-based virtual cockpit setup might have missed the Beechcraft Baron a lot, as the aircraft have been “upgraded” from analog gauges (B58) in FSX/P3D to G1000 panels (G58) in MSFS.

No more.  Following the recent updates that allow many of my B58 Gauges to be used in MSFS, the B58 Engine Clusters have been converted to cope with the spec of the G58 in MSFS as well.

In other words, we can now fly the G58 in MSFS like a B58 with the analog instruments on the FIPs as shown below:

END_OF_DOCUMENT_TOKEN_TO_BE_REPLACED

There are 4 different types of Attitude Indicator (ATT) in MSFS.

The first one is used on the Cessna C152, C172 and DR400.  The second is based on the first one but comes with an additional inclinometer. Among all 30 default aircraft in MSFS, only the Zlin Shock Ultra uses the second ATT. 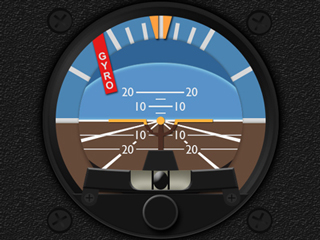 The third and the fourth ATTs have a different layout than the first two.  And they are differentiated by the additional inclinometer as well. 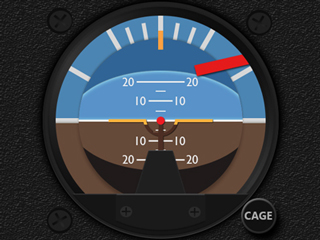