As mentioned in My P3Dv5 Settings, I set the Autogen and Scenery Draw Distance to High as

it gives me the best balance to see as much autogens as possible.

Recently, I am cling to push it one more step to Very High for even more visible objects.  Sadly, this brings a little impact even though it is just barely noticeable.  I couldn’t help to think that it would be great if there were one more stop in between High and Very High.

Since the Setting Page doesn’t have the option, I turned to END_OF_DOCUMENT_TOKEN_TO_BE_REPLACED

If you are having multi-monitors in your system, you may try disabling the “Full

Screen Optimizations” option in your simulator.  I came across this tip somewhere I found on the Internet many months ago and it said the framerate would be benefit.

I tried it on my system for a couple of weeks.  Frankly, I didn’t get any noticeable difference in the areas I usually fly.  But the framerate seems to be slightly higher and a bit more stable in other dense populated areas.

I can’t be 100% sure, but I found no issues from disabling the option as well.  So I just leave it.

Here’s how to do it: END_OF_DOCUMENT_TOKEN_TO_BE_REPLACED

I never like the info texts on top left and top right corners in red color as they are hard to see.   To change them into white color that I prefer, I go to [DISPLAY] section in the Prepar3D.cfg (or fsx.cfg) file. Then replace the values of

Many of us are advised to turn OFF Anisotropic and Anti-aliasing especially when running with FSX.  David Marsden in UK finds it the exact opposite.

I have been experimenting with my settings to see what works best for my PC. It is running FSX and the specifications are not very high.

Thanks to all who shares their ideas about adjusting refresh rate to reduce micro-stutters in my last Post.  Frankly speaking, I didn’t really pay any attention to adjust it until recently.

And after a second thought, although I said the trick doesn’t have any effect on my rig, I think it could still be a candidate solution to those who have the issue.

For those who are interested, following is the Nvidia Settings (under native 60Hz refresh rate) I’ve been using in the last few months. END_OF_DOCUMENT_TOKEN_TO_BE_REPLACED

When I was reinstalling A2A aircraft for P3Dv4, I grumbled what the heck the developers are doing in altering the aircraft installation folder from “SimObjects” to “Prepar3D v4 Add-ons” under Documents.  But after reviewing the file hierarchy further, I have to admit that it is in fact a nice user-friendly touch.

The move not only avoids the chance of messing up with original files in P3D, but it also can eliminate the need of reinstalling aircraft after P3D is forced to clean install again for whatever reasons or when update is available.

Under the new structure, the P3Dv4-ready A2A installer (in my case) added the aircraft location to the “add-ons.cfg” in the Prepar3D.cfg directory after

installation.  Then created an XML file called “add-on.xml“, which contains all the sub-folder information, in the root directory of the aircraft folder as well.

Since these two files END_OF_DOCUMENT_TOKEN_TO_BE_REPLACED

Affinity Mask could bring improvements to flight simulators.  But the question is: how can we tell from a hypothetical value (or more precisely a CPU combination) that it will bring positive gains to our system before we put it in the configuration file (fsx.cfg or Prepar3D.cfg) ?

Frankly, I don’t have a good answer myself because there are so many variables involved.   However, following is the approach I take to precheck the performances from different Affinity Masks in realtime, then thru which I pick the one I think the best for my set up.
END_OF_DOCUMENT_TOKEN_TO_BE_REPLACED

With the new FTXCentral 3, all Orbx Global and Continental Regions are added to P3Dv4 without any difficulty.   However, since none of the airports from the company is available for the new version at the moment, I therefore installed (copied) my favorite airports — Bowerman (KHQM), Concrete Mun (3w5) and Darrington Mun (1S2) — straightly from previously ripped backups.   No issues spotted so far except control panels for the airports no longer function.

In addition, since I used to set the “Detail Bump Map” as “Fine” via FTX Aero, and because the FTX Aero feature is still not compatible with P3Dv4 yet, I also manually replaced the default “detail1.bmp” in

END_OF_DOCUMENT_TOKEN_TO_BE_REPLACED

Followings are the P3Dv4 Settings on my new computer before Orbx addition to come next, with which overall frame rate at present stays around 53 stably except in those extremely dense areas. 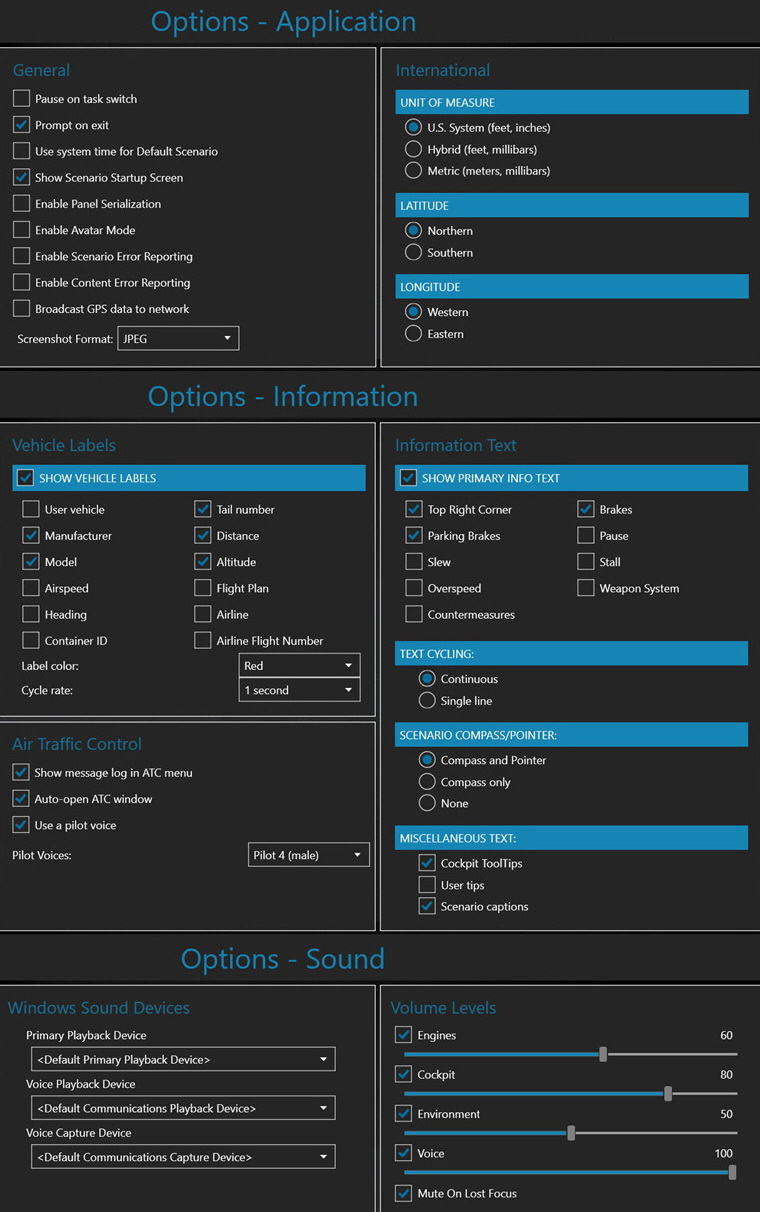