A bit busy these days and still a bit stuck in the recent holiday mood.   Anyway, my long-waited GPS for my long-planned cockpit rebuilding is finally in place.  It’s the GPS-5 from VRinsight.

Sounds of my default C172 SP have just been replaced by some more realistic alternatives I recently found on FlightSim.com. 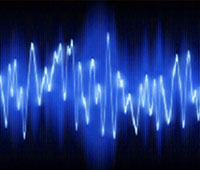 Although the Soundpack by Christoffer Petersen of Turbine Sound Studios/TSS was created for FS2004 in 2007 and there’s a dedicated payware version for FSX, the freeware still works great on my C172 both in FSX and P3D environments.

As files in the soundpack are called differently, they must be renamed accordingly (basically taking out “TSS” from the filename) before they can be used to replace the default sound files.   END_OF_DOCUMENT_TOKEN_TO_BE_REPLACED

Hi Friends,
–
Just back from holiday.  Will reply to emails and comments in the next few days.
–
Tom
–