From time to time I receive emails about the availability of FIP gauges for bigger airplanes.   The B737 wet compass and flaps indicator, in particular, are two instrument mostly inquired.   So here they are.

Different from my previous attempts, these two truly implement the panel light effect on the gauges.  And they look particularly appealing in a dim environment.

With the know-how gained from them, I will look into the possibility of  adding similar effects to all my existing gauges.  Surely, new gauges are included.

Regarding new gauges, I have also made the MilViz adaptation for the DHC-2 airspeed indicator and manifold pressure gauges as shown below.   They are done because a couple of users of the default DHC-2 Beaver gauges told me that my gauges are fully compatible with their MilViz DHC-2. 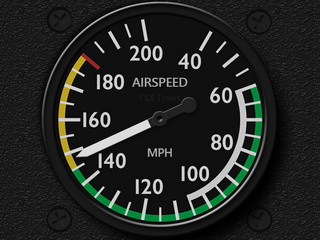 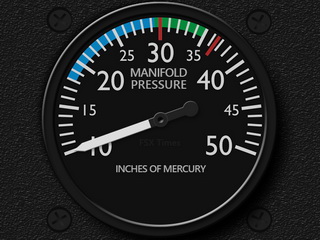 Unfortunately, I don’t have the airplane myself and it’s unlikely that I will get one in the foreseeable future.   So the two gauges are the product mainly based on the images I googled from the internet.   Therefore, I am not sure if I can do the full adaptations for the remaining MilViz gauges.

Anyway, all DHC-2 Beaver bundle users will get these two MilViz versions for free.

Lastly, a quick update to my cockpit rebuilding.  Up to today, all my flightsim gears are still placed on the floor since I haven’t decided which option to go from a couple of layouts being considered.

I want to go faster too but I really hope to do it right from the beginning rather than reshuffling hardware again after they’ve been set.   After all, I am in no hurry and things can’t be rushed.

Edit:
Following is a picture sent by a friend who is using the Flaps Indicator in his PMDG set up. He said the back lighting is a perfect match.